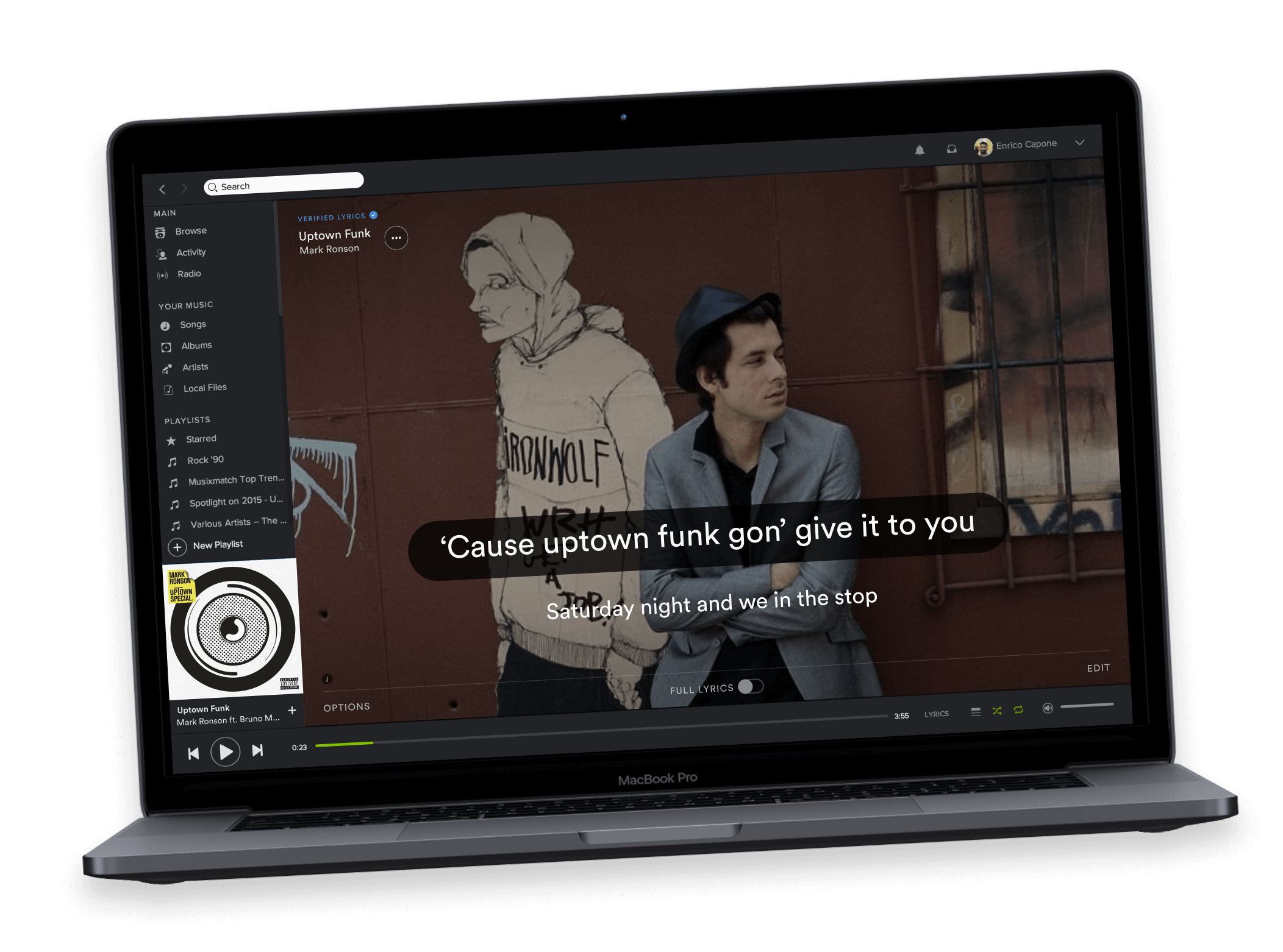 Synched lyrics
for your Spotify music

Musixmatch is the world’s largest lyrics platform that provide a music player app for iOS and Android where you can play songs from Spotify, Apple Music or any other music service with synced lyrics.

Musixmatch has a strong community of contributors from all over the world, that every day sync, add, review and translate lyrics.

Musixmatch was to be one of the first app available in the Spotify store when was been introduced.

In the February of 2015 – following the shut down of the Spotify store – Musixmatch and Spotify collaborated to introduce officially Musixmatch in Spotify through a LYRICS button that could be found on the bottom bar.

My role as Product and Frontend Designer was to improve the Musixmatch app and align it to the new Spotify design, I also worked with our Frontend Developer, Nick Dima, on the layout of the app (HTML and CSS). 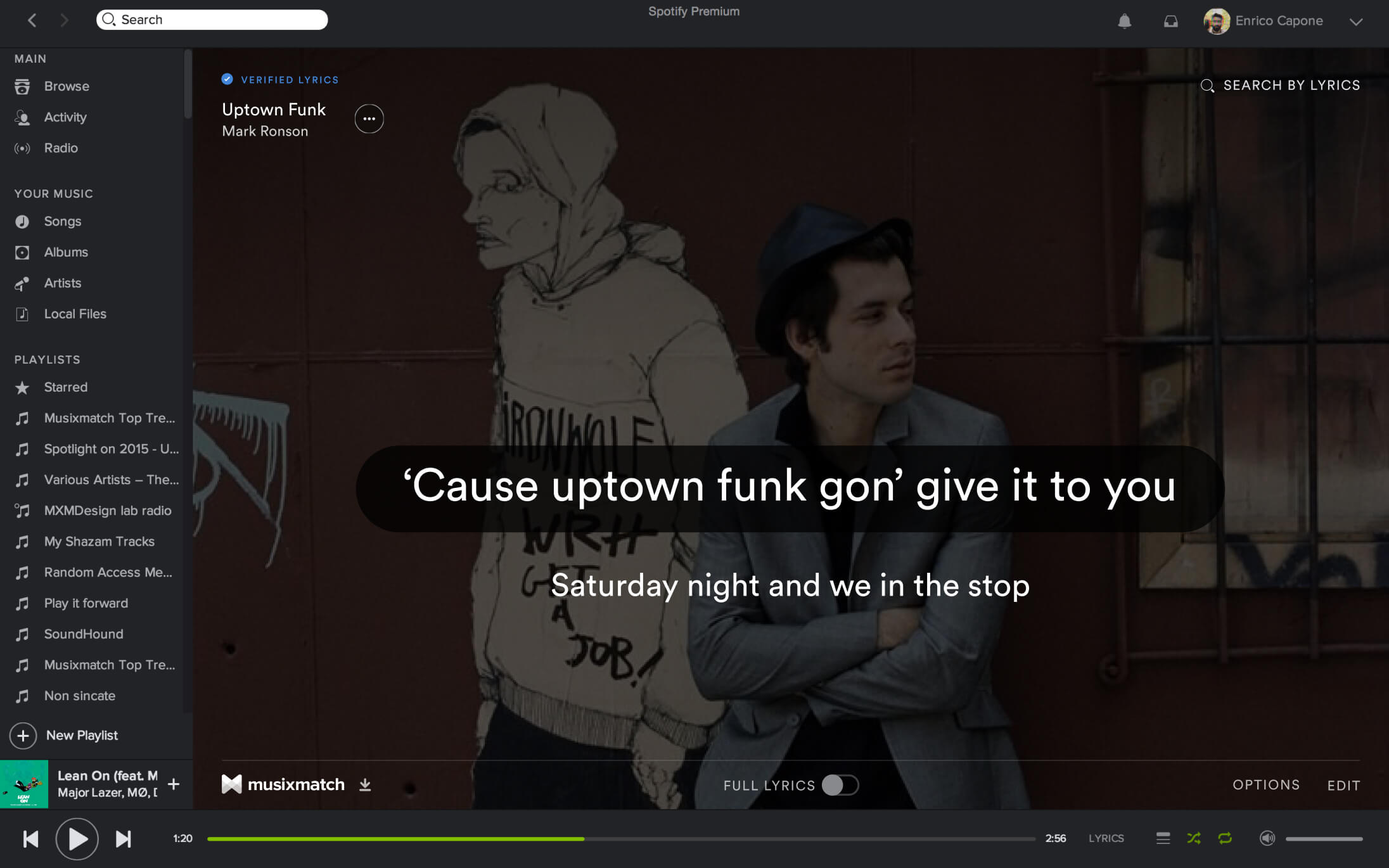 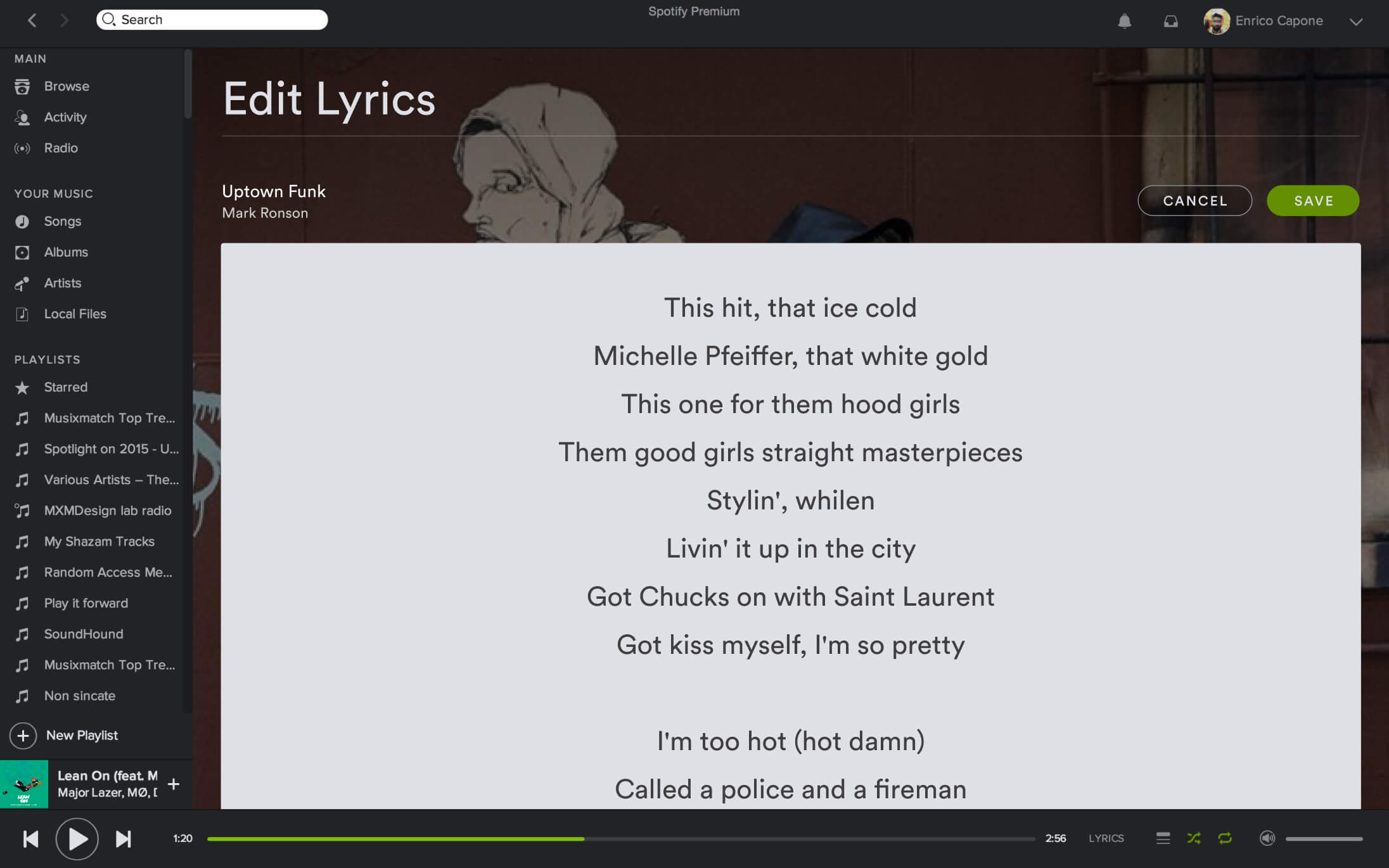 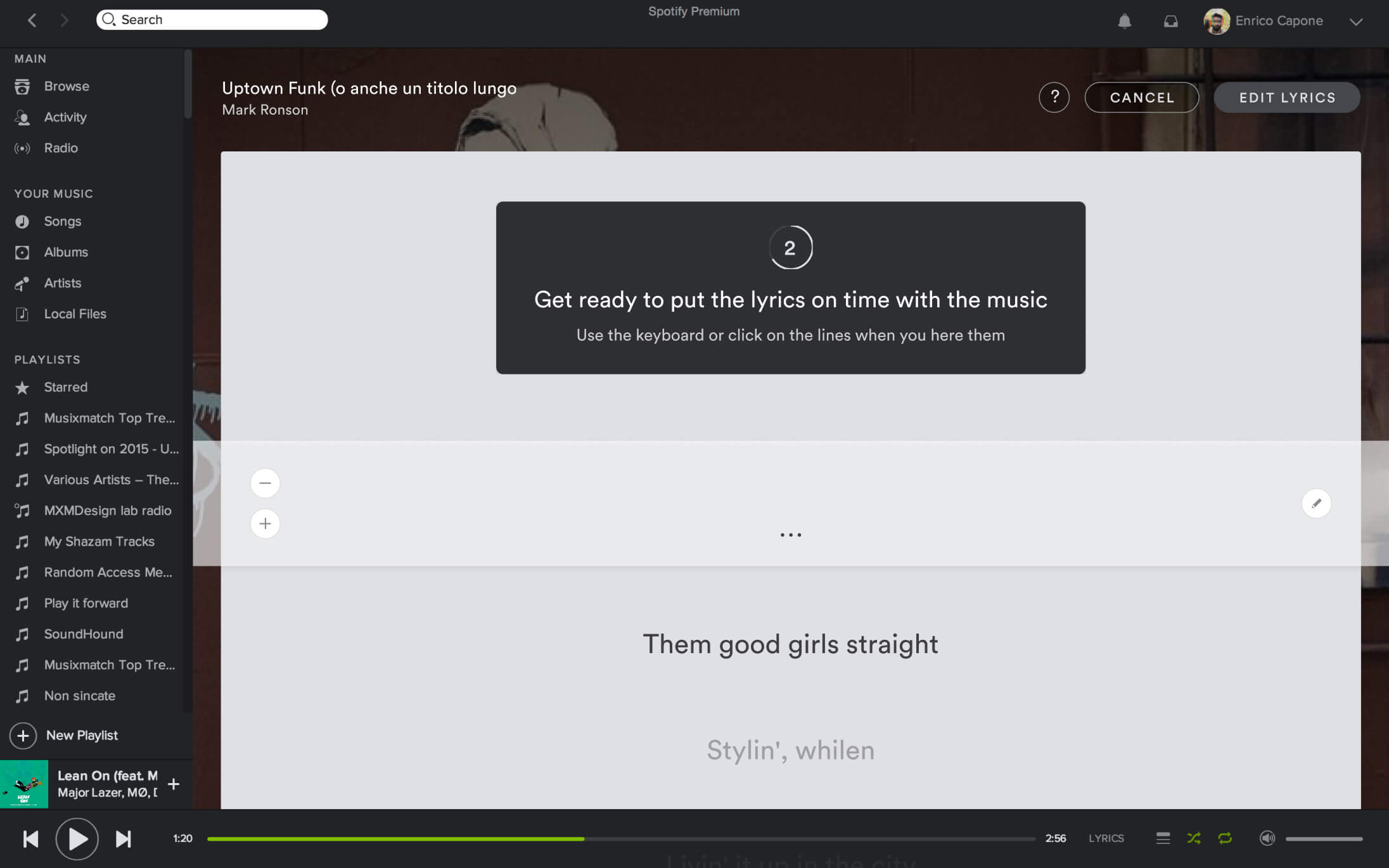